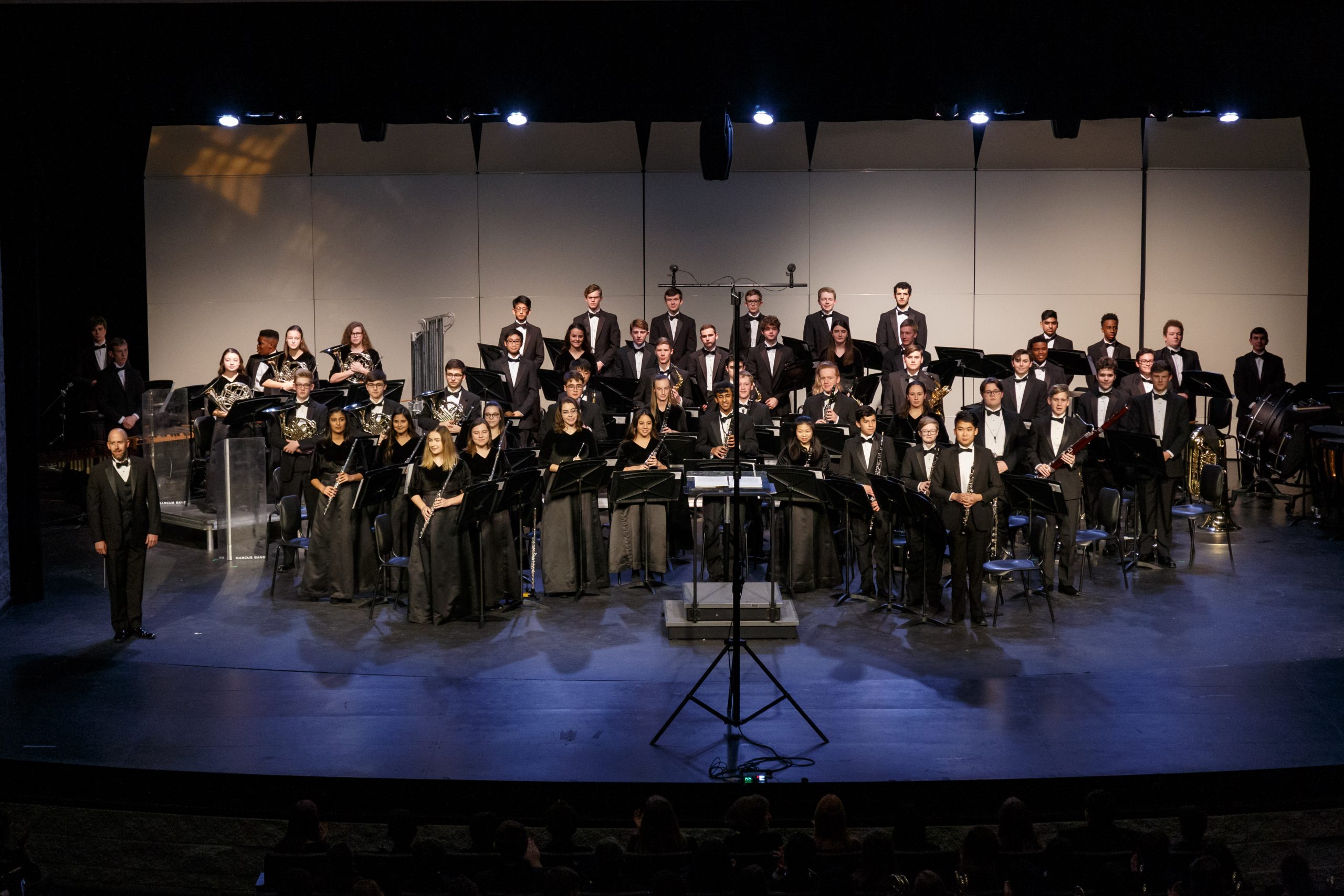 The Marcus Concert Ensembles are the foundation of the band organization. During the spring semester, students are assigned to one of four concert ensembles based on ability level: The Wind Symphony, Symphonic Band, Concert Band, and the Varsity Band meet daily for ninety minutes, and all bands prepare several concerts throughout the concert season. In addition, many of the students participate in individual events, such as the TMEA All-Region process and the LISD Solo & Ensemble Competition. Several students each year advance to the TMEA All-Area auditions, and eventually become part of one of the Texas All-State Bands or Orchestras, which perform during the Texas Music Educator’s Association (TMEA) Conference in February of each year in San Antonio, Texas. As full ensembles, the concert bands compete at Texas University Interscholastic League (UIL) Concert and Sight-Reading Contests as well as other various concert competitions during the spring semester.